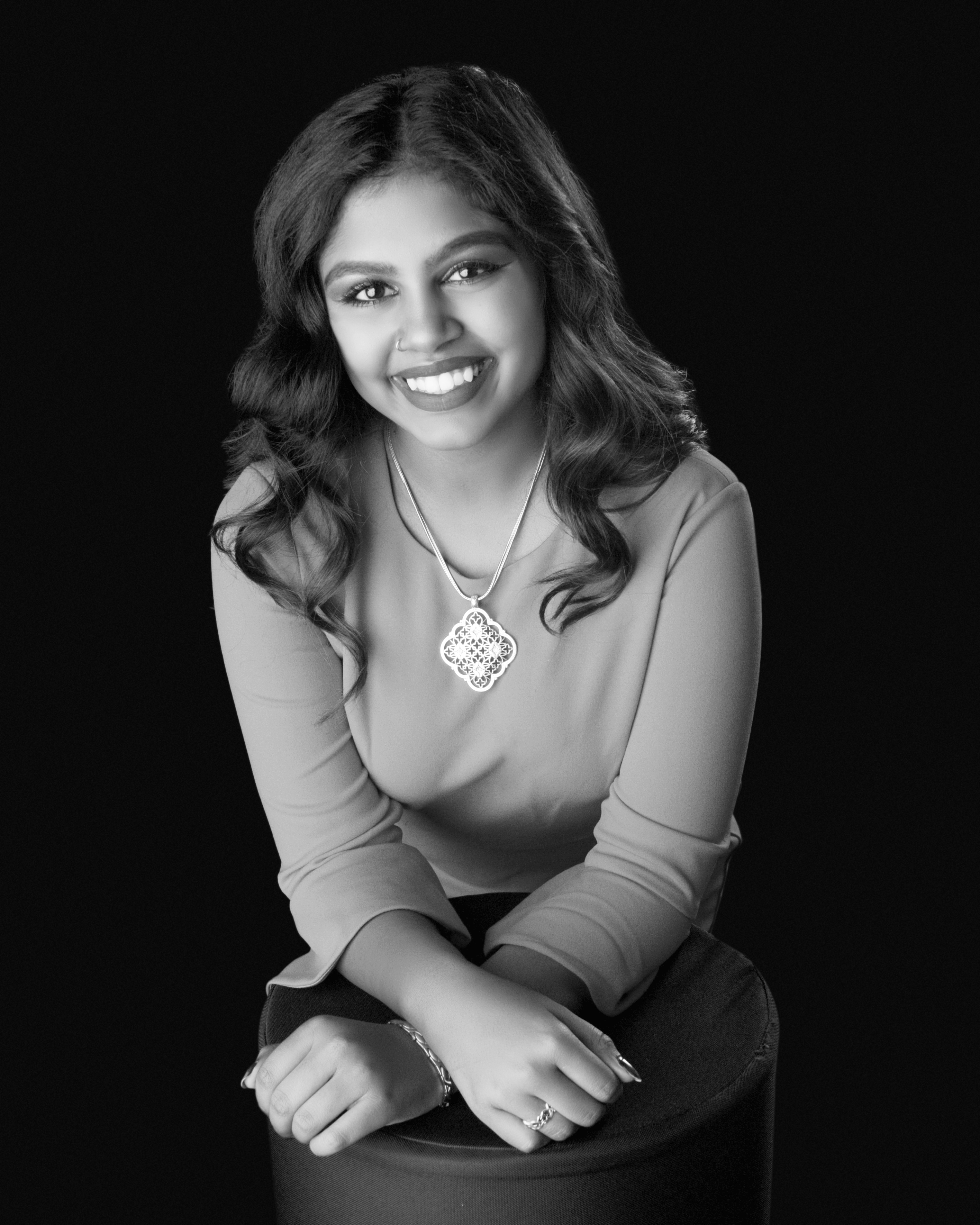 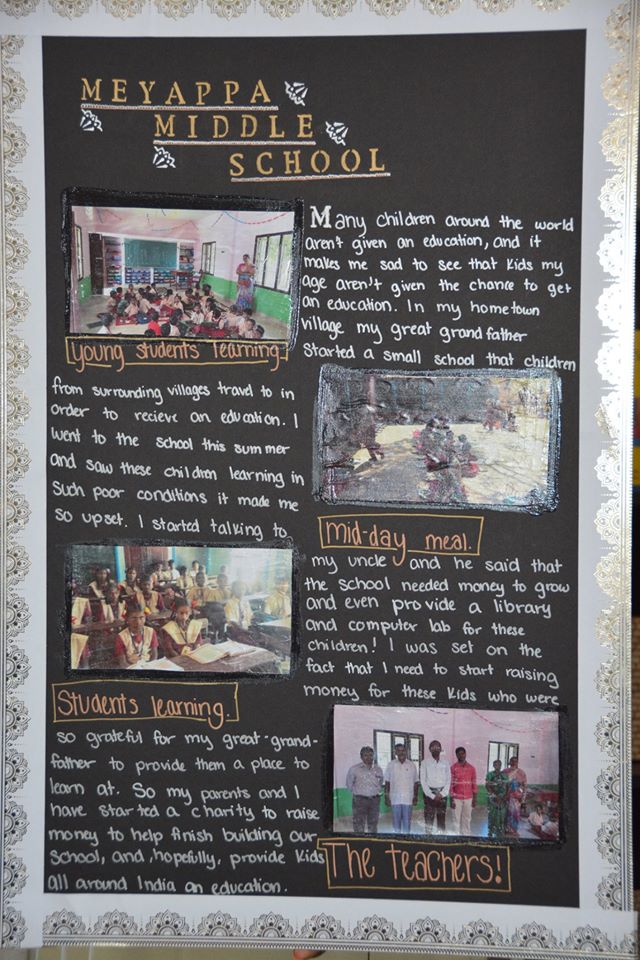 Board created by Shria at her dance debut event for raising donations for Kalupatti, her grandfathers school in India.

Where It All Began

When Shria was only 14 years old, she decided she wanted to make a difference in young lives and a trip to a small, under developed India school is where it all began. This particular elementary school that did not have restrooms, proper seating in class rooms, water fountains, and much more. Shria realized the difference in education from her home in America and India, and came to realize that education is not a privilege, it is a right.

After coming home from her trip she sorted her thoughts on this school on a board (pictured left.) She had an upcoming dance performance where she announced that she would be starting her very own charity organization to fund this school in India. All of tickets sold during her dance performance would go on to fund the school she visisted in India, and on top of that people made donations.

After her dance performance, she decided there was more that she could do and founded Shiksha Inc., a recognized 501(C) charitable organization. Since her dance performance in 2016, Ms. Ramanathan has held 4 events, 2 of which donations and funding went to the school that cultivated her dreams. In her most recent event in 2019, Shiksha Inc. was able to sponsor a pair of students to help them achieve the college education they deserve.

The goal of Shiksha Inc. is the literal meaning behind the word shiksha: education. Everyday we strive to acquire resources to educate children all over the world who are deprived of education, but we can only do it with your help. Children everywhere are not given the right to a proper education, and one step at a time, we plan to improve the accessibility of education across the globe.